On the southern-most tip of the planet rests one of the world's most massive and mysterious landmasses - the frozen realm of Antarctica. This icy expanse stretches out to cover more than 14 million square kilometers, making it the fifth largest continent in the world. It is situated almost entirely within the Antarctic Circle. As a travel destination, Antarctica is unlike any other. 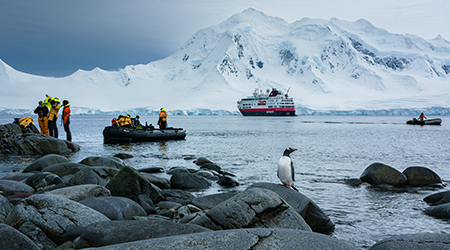 Five myths about the frozen continent.

Antarctica's remote nature and sheer isolation means that there are a lot of misconceptions about life near the south pole. Some of these myths surrounding Antarctica are disguised as "common sense," and others have clear roots in misrepresentation from the media. If you're considering a trip to Antarctica, however, you need to separate fact from fiction. Here's the truth about five Antarctic myths.

Myth No. 1: Antarctica is a tundra

Many people think that "tundra" is a catch-all term for any area with temperatures below freezing all year round. It's not - "tundra" refers specifically to any flat, large area of land with no trees and permanently frozen ground in the Northern Hemisphere. Obviously, this definition excludes Antarctica right away, since it doesn't get much more "south" than the south pole.

Antarctica is actually a desert, and it's the largest desert in the world. Although people tend to picture deserts as hot, sandy areas, dryness is actually the defining characteristic of this kind of biome. Over the course of a year, the continent sees an average of less than two inches of precipitation, which actually makes it dryer than the Sahara. 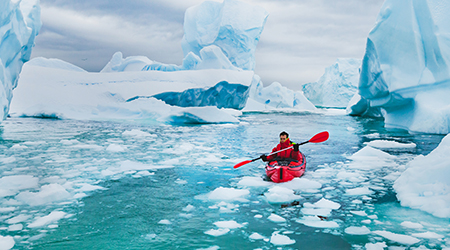 That's not to say penguins don't have any adorable predators, however - seals, sea lions, and whales are all perfectly happy to eat a penguin if given the chance. 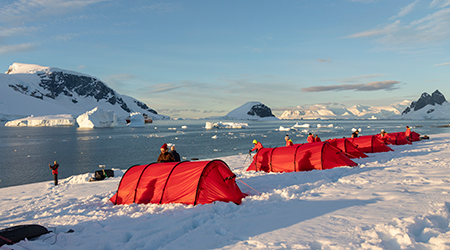 Myth No. 3: Antarctica is enormous

If you look at a map of the world, the odds are good Antarctica looks incredibly huge. This is an illusion caused by a quirk of map-making, where cartographers have attempted to display a round object on a flat surface. There are a couple of different ways to do this, but the most commonly used method is called the Mercator projection. This distorts the size of many continents, but perhaps none so dramatically as Antarctica, which seems to be significantly larger than any other continent on this kind of map.

This isn't an issue unique to the Mercator projection. Unless the map is of Antarctica specifically, any map that flattens out the circular nature of Antarctica is going to make it seem pretty big. In reality, Antarctica is the third-smallest continent, after Australia and Europe. 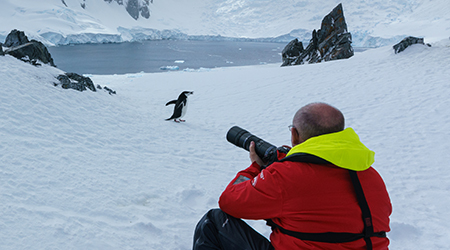 Myth No. 4: Penguins are the only Antarctic birds

Because penguins are so cute and popular, many people think these flightless birds are the only feathered creatures that live near the south pole. In fact, a number of gulls and petrals can be found in Antarctica. Apart from penguins, however, the most iconic Antarctic bird is the albatross.

Featured in Samuel Taylor Coleridge's poem "The Rime of the Ancient Mariner," the albatross has plenty of myths and legends of its own. According to superstition, the presence of the bird itself is good luck - killing one, on the other hand, is incredibly bad luck. This is a short summary of "The Rime of the Ancient Mariner," in which the narrator kills an albatross, an action that dooms the entire ship. In reality, of course, albatross are neither lucky nor unlucky - they're simply big Antarctic birds.

Myth No. 5: No one lives in Antarctica

This is almost half of a myth, since it could be true or false depending on what is meant by "lives." On one hand, there has never been any kind of native population in Antarctica, and there are no proper cities or towns on the continent. It's true that no one lives there permanently.

However, people do live in Antarctica for temporary stretches of time. Many scientists and researchers who are studying climate change, astronomy, or geography spend months to over a year at a time on the southernmost continent. These long-term stays give them the chance to collect plenty of data.

And, of course, Antarctic tourists do live on the continent for very brief periods of time. On a Hurtigruten expedition cruise, for example, you can expect to spend anywhere from a few days to up to a week there. 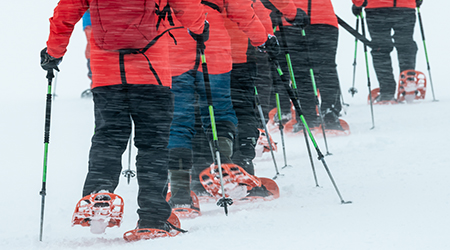 Learn more about Antarctica, book with me today!

Hurtigruten Expeditions, a world leader in exploration travel, has the longest history and strongest legacy in polar waters, drawing on more than 125 years of pioneering experience. We are an exploration company in every sense of the word, and proud to offer you the opportunity to travel with meaning.

Enquire for the offer now!

FacebookTwitterEmail
* This offer is subject to availability and can be withdrawn or varied without notice.